It seems to me that the most that we can hope for concerning our explanations of the world are that they are rooted in observation, are coherent, are at least weakly predictive and are not personally or communally-held delusions. I am much more concerned with how ideas about the world are justified rather than their idealised truth status.  Although the concept of knowledge (of the world) as justified true belief has ancient origins I feel that we are better concentrating on the concept of justified belief.

Nevertheless, I passionately believe that we need a well developed idealised concept of truth with a sound philosophical basis. However, in addition, we need empirical observation, pragmatic tests of belief, and the kind of abstract contemplation of wider philosophical topics, in which professional philosophers are particularly skilled. Perhaps in this way, we can come to useful and meaningful beliefs about the world and our place within it.

I write here primarily to facilitate the development of my personal philosophy. However I also hope what I have written might be of benefit to students, and to mature learners and philosophically disposed scientists like myself. It would be arrogant to believe that I could contribute to the thinking of professional philosophers or those with a very deep and extensive interest in the subject, so this site is not aimed at them. 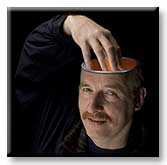 (This web site was formerly at another URL until a technical glitch happened and all was temporarily lost!)